Why Smart People Make Dumb Mistakes with Their Money 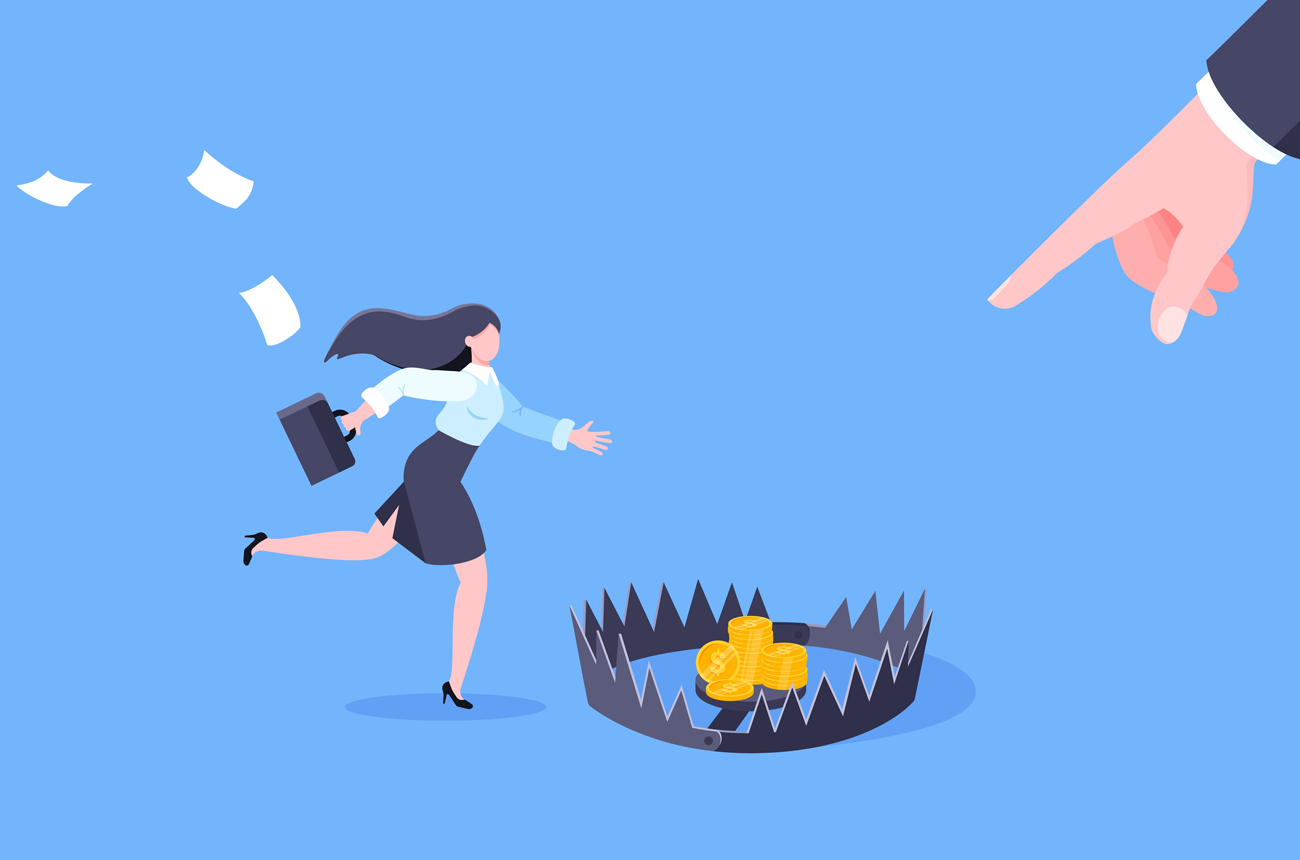 In the 1930’s depression, much like the downturn of 2022, market technician Ralph Nelson Elliott made an interesting discovery. He noticed equity markets move in similar and replicating patterns with degrees of trend. This new field called Socionomics explained market movements' response to social mood, both euphoria and discouragement, optimism and pessimism. In fact, Robert Prechter, who popularized this area, warned of a top in the market in 2000 based on past patterns of market movement, in turn, based on social mood. This major mood swing called a Grand Super cycle portends the magnitude of what may happen in a future framework while not predicting week-by-week changes. Almost like a TV meteorologist is able to warn storms a week from now because of low-pressure areas. They may not be able to tell you what day next week it will occur. One economist at a conference I spoke at suggested since baby boomers were retiring in such vast numbers from 2020, all an advisor had to do was dig a hole in front of where the herd was moving. Good strategy, but if the herd makes a detour, your hole is empty.

A more important part of this grand market movement is how your clients emotionally respond to these seismic financial changes. It is widely thought we are in a secular bear market due to the levels of debt raked up by the current administration. This treasury debt is competing with private debt, dampening the ability of private capital to influence future investment growth. Yet many investors believe we are in a shallow recession. Even if that were so, there will be a great deal of volatility in the short term. If your clients are caught on the wrong side of that volatility, it will greatly impact their retirement lifestyle. Here are a few traps your clients and prospects may find themselves in without the benefit of your financial guidance and counsel. As you read each of these objections and concerns from your clients and prospects, let them know first what the concept is and, if possible, tell stories about other clients who have mistakenly believed similar notions and how you helped them.

I want to stay with my advisor (even though he lost 42% of my life savings this year).

William Samuelson of Boston University showed clients 3 investment options. One stock with a 50% chance of staying the same. Another stock with 40% chance of staying the same. A US treasury with a 9% return and a municipal Bond with 6% tax-free return. Which to choose? 47% of those who were told they already owned an investment ignored their selection and remained with the investment they already had. This study showed that people are inclined to stay with what they have no matter how bad the performance. This also explains why some investors will stay with a bad advisor. This applies to more than just investments. If you rationalize staying with an inferior product or idea, you may be a victim of this mental mistake.

Tell your prospects about this research and tell them a story about a client who realized this mistake and how well they did by working with you.

I want to keep my money where it is. If I sell now, I will ink those losses.

These investors believe their portfolio is still OK until they cash in. You can’t make changes to the portfolio because it will ink your loss instead of taking assets out and moving into a sounder investment. The Big Dig in Boston linking the city to Logan airport was $15 billion over budget. The administrators wouldn’t fire the contractor and start over because of all the money they have sunk into the project already. Yet even after completion, a tile fell off the ceiling of a tunnel and killed a woman causing the project to incur even more expense.

The US Government gave $70 billion to General Motors during the great recession of 2008. GM asked for $30 billion more in March of 2009. Both the Bush and Obama administration fell into this trap, believing GM was too big to fail. But the ensuing default was the biggest sunk cost mistake in US history. If GM had restructured in September of 2008, they could have saved the company billions in cost and the US taxpayer nearly $100 billion. Because of the inability to recognize Sunk Cost Fallacy, every citizen in America now owes $600 per person on behalf of one company. That is a sunk cost sinkhole.

Ask your client if they didn’t already own their investment, would they buy it again? That will bring them back to reality quickly.

I am going to keep my money in the market. It is moving up, and I want to recover my losses.

There is a great tendency for investors to look for information that confirms their beliefs rather than data that falsifies it. Cornell Marketing professor Ed Russo did a project with students evaluating restaurants. They rated restaurants on a 1-10 scale, 10 being the most positive. The ratings were based on menus and photos. But when the differences were mentioned one at a time with photos of problem areas like rips in the booths and dirty kitchens, the students stayed with the initial ratings. They discounted information that didn’t fit with their first impressions.

Dick Winnick and Rahul Guah of Cornerstone Research in Boston noted that consumers who bought the same car every 3-5 years paid a premium over those who chose a different brand. They paid an extra $1500 with Buicks. Mercedes owners paid an extra $7500 because of Confirmation Bias. These car owners tended to be less skeptical and less willing to negotiate a deal with a car they have owned for the last 20 years.

During the presidential election of 2008, shock jock Howard Stern asked voters in New York City who they would vote for. If Obama, the question was asked if the voter liked his running mate, Sarah Palin. The Obama supporters agreed it was time for a female VP. Stern employees also asked what the Obama supporters thought of his pro-life stance. They again mentioned their support of a fetus’s right to life. It makes you wonder how voters make decisions in the first place.

Tell them about Confirmation Bias and talk about information that refutes their views. But then produce stories about other clients who came to you with the wrong ideas and succeeded as a result of following your advice.

I don’t like totally safe investments right now; I am getting back in. Look at how much the market has gained!

We soon forget what happened last quarter in favour of what happened last week. The stock market lost 42% over the last 6 months and came back 25% in the last 6 weeks. The downturn must be over, and boom times are here again. The stock market is based on earnings and GDP expansion. Everything else is sensitive to emotion and subject to volatility. This is also called “Chasing Returns.” There is a strong tendency for your prospects and clients to respond to news reports that taut something that happened today or this week while ignoring the longer-term perspective.

Talk to your investors about the rule of 100. Their age should be in safety, and the difference in a more growth-oriented portfolio. Discuss the level of volatility over the last 2 recessions if they had been fully invested without regard to their retirement horizon. Tell stories about investors you have helped to weather the last few storms.

Losses are only paper; it’ll eventually be fine. I don’t really care about losses right now.

This stupid investment mistake is called Mental Accounting - The money you have is worth the same no matter how you make it.

Some dollars are worth less than others and thus don’t matter. The notion is that my earned income is worth more than investment gains and losses. This is where the idea of “found money” came from.

A new husband, while waiting for his wife to dress before dinner, decided to try his luck with $10 at a Las Vegas casino roulette table. $10 turned into $100. That became $1000 and soon parlayed into $10,000. He lost it all on his last roll. On the way back to his hotel room, he noticed $5 still left in his pocket. His wife asked about his luck; he said, “Not bad; I only lost $5”. Casinos always make money.  Las Vegas hotel mogul Steve Wynn once said he had never seen a gambler make money over the long term.

Take out a $10 bill and give it to your prospect. Let them keep it long enough to feel like they own it. Then ask for $10 out of their wallet and tear it up. Ask which $10 was a gift and which was earned. Your point will soon be made (you might want to give them another $10).

This article was originally published in Exempt Edge Magazine and updated for Educate & Explore.

Dr. Kerry Johnson, MBA, Ph.D., is “America’s Business Psychologist.” He is the best-selling author of 17 books, including the just-released “How to Recruit, Hire and Retain Great People.” He is a frequent speaker at financial conferences around the world. Peak Performance Coaching, his one-on-one coaching program, promises to increase your business by 80% in 8 weeks. To see if you are a candidate for this fast-track system, click on www.KerryJohnson.com/coaching and take a free evaluation test. You will learn about your strengths and what is holding you back. I would love to send you a free video on “The Virtual Voice Mail.” Write me at Kerry@KerryJohnson.com or call 714-368-3650. We will spend 10 minutes talking about your goals for increasing your business this year.